it’ll cure what ails ya.

I made a trip up to the Au Sable River this past weekend with a good group of friends.  The whole Au Sable system is finally recovering from the brutal winter we had this year.  We stayed at a new location, and it put us right in the middle of the whole system.

The big problem was that there was not a whole lot of bugs during the day.  The main action was arriving at dusk, and we didn’t really figure that out until the second night when we were too tired to stay on the water and battle the mosquito swarms. Luckily our cabin had a nice screen room to help keep the buggers out. 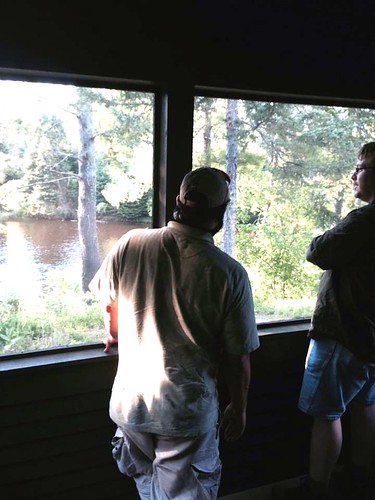 The first day’s outing was pretty much a bust. We hit the Holy Waters right after lunchtime and there was no fish in sight. We stopped into Bear’s Den Pizza for pizza, picked up some supplies and headed to our cabin. That evening we attempted to fish near our cabin, but it was our first time fishing this section of river and we could not find a good place access the water. Combining our lack of access with hordes of mosquitoes, we retreated into the cabin for the night.

The following day we floated the North Branch in our fancy Creek Company Pontoon boats. Putting together four boats, and getting rigged up for a day long trip takes a little work. 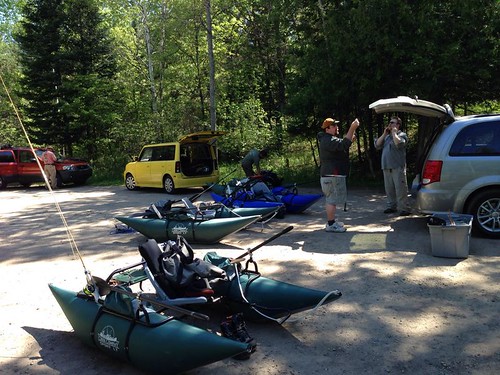 However, I was quickly rewarded with a pod of rising brookies, and my first trout on a dry fly for the year. This little brookie was enticed by a fly pattern called the Patriot. 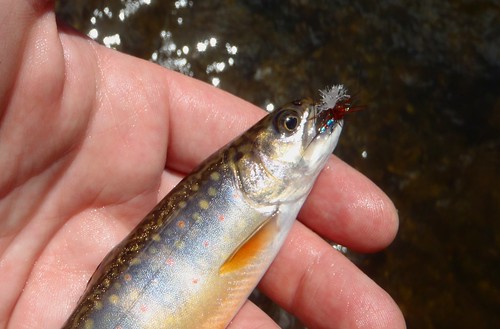 The fishing once again shut down for pretty much the rest of the afternoon. There was another pod of brookies later, but no risers and very little bugs. We were treated to a fly-over by some F15’s screaming past us beyond the sound barrier.

By the time we hit our exit point on the river, we were all tired. It was a long day of floating and fishing. Ironically, as we were getting out of the river, another fisherman was getting in. He knew what time to go fishing. Later that night, behind our cabin we witnessed a huge spinner fall sometime after 9pm, and could hear the fish thrashing at the bugs.

The last day, most folks would have considered it a day of crumby weather, but I thought it was perfect with overcast skies and a slight drizzle. We fished below Mio, and started with tossing nymphs. Eventually, I switched to a streamer and the fun began. 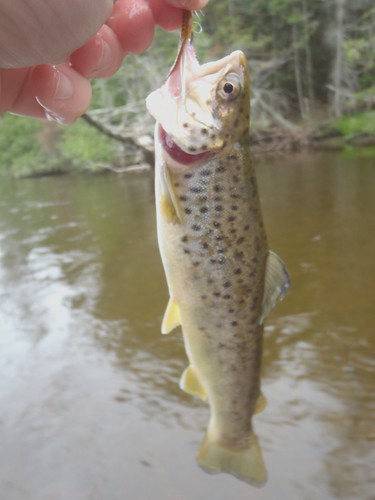 I didn’t hook any whoppers, but I had fish after fish taking a swipe at my small streamers. A handful of fun little brown trout were caught as the trip came to an end. 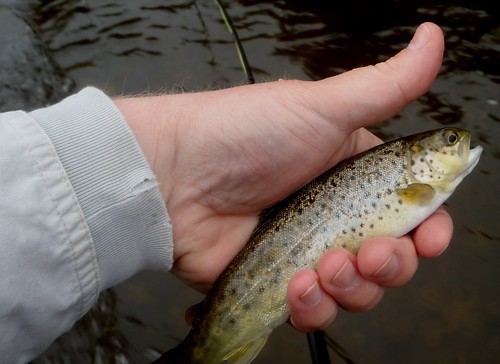 Every time I go out on the water I learn new things. Things to try differently next time. Things not to try.